When I first decided to pursue the idea of creating Tycoonapp, I had seventy-five of my freelancing peers fill out a survey with questions about how they manage their finances. In accordance with my suspicions, 60% answered ‘sort of’ when asked if they knew how much money they had made so far in the year.

I had encountered the same problem when I was freelancing full-time: I often lost track of how much money I was making. It wasn’t until I started diligently tracking my jobs that I was able to catch mistakes that my various accountants had inadvertently made. One year my accountant factored in my account receivables into my yearly income. If I hadn’t caught his mistake, I would’ve paid taxes on money I hadn’t received yet. Another year I received a hefty check for a job I didn’t perform. If I hadn’t been keeping my own job records, I would have likely cashed the check, spent the money, and then had to find a way to pay it back once the mistake had been noticed.

The reality is that it’s too risky to trust someone else to keep track of your finances, especially when your money is coming from different sources. It’s our responsibility as freelancers to at least make the minimum financial effort and track our own jobs. It’s not something that we should be fully entrusting onto someone else because after all, accountants are humans too. 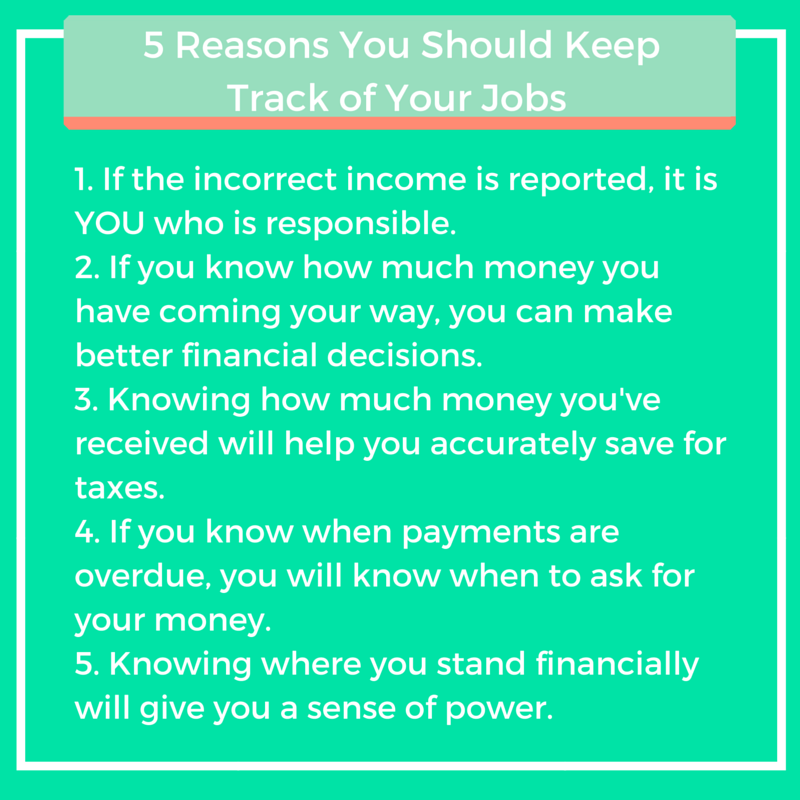 What our app does!

Useful tips and knowledge to lead a stress-free, freelancing life. Why freelancers should track their jobs
%d bloggers like this: